June 13, 2018
They call it Park Pride. All across Delaware County in recent weeks, high school seniors have engaged in a rite of passage, collecting diplomas in front of beaming loved ones, and embarking on the next step of their life. But there was something different marking the pomp and circumstance at the Academy Park High School graduation ceremony Tuesday morning. 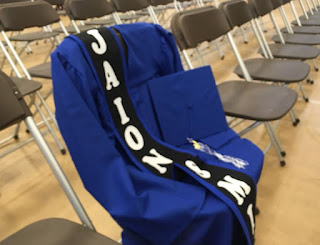 While more than 270 graduates gleefully collected that prized piece of parchment, there also was a focus of someone who was not on the stage. At Academy Park, they don't forget. An empty chair, adorned with his graduation cap and gown, stood testament to Jaion Smith, Class of 2018. Smith was tragically killed in a crash on I-95 just about a year ago. The names of each Academy Park graduate was read aloud during the ceremony. When they got to Smith's name, the entire auditorium stood and applauded their, one final salute to their late classmate. Smith's mother, Marquisha Ransom, was presented his diploma. She held it high for all to see as she fought back the tears. "He's with us," Ransom told the gathering. "I feel his presence. He had a big, bright spirit. I'm very proud." Smith was a rising offensive lineman on the Academy Park football team. He stood 6 feet, 1 inch tall, wore jersey No. 77 and was known to his teammates as "Boogz." "Our shining star's light was dimmed," said Jaion's paternal aunt after his death as the community rallied to support the family. "Jaion was a very humble kid, determined to succeed in academics, as well as football." He certainly succeeded in leaving a mark on his classmates. 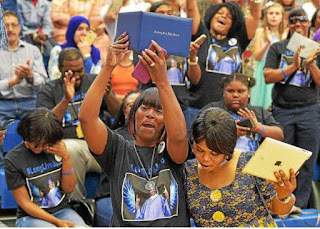 Joining Smith's mother at the graduation ceremonies were his stepfather Jamal Ransom and his father Jason Smith. All the Smith family members wore shirts emblazoned with Jaion's photo and the slogan #LongLiveJaion on them. "We honor our fallen friends and carry on their memory in our hearts," said Academy Park senior Malcolm Bevans, Class of 2018 valedictorian, during his address to graduates. Academy Park Principal Nathaniel Robinson called it "Park Pride," and urged graduates to continue to keep it in their lives. They've already done it in one spectacular fashion, keeping close to their hearts the memory of a classmate who would not be there with them for this seminal moment in their lives. I'd say the Academy Park Class of 2018 is already well on their way. Perhaps Bevans said it best. "We're the best kept secret in Delco," his told his fellow graduating class. "Let's show the world just what this community has to offer." You already have, Malcolm. You already have. 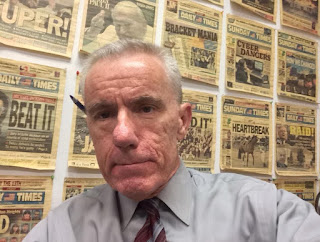 After 38 years, reaching the end of the road

If you missed the note I tacked on to the bottom of today's Letter From the Editor, allow me to make a personal note. It's the column I always dreaded writing. Because it's the last one. After nearly 38 years, this will be my last week at the Daily Times. I started in 1982. June 14, Flag Day, to be exact. I will write more about it later this week, but since the word was leaking out there already, I figured I would get ahead of the curve and formally announce here in The Heron's Nest as well. This is my decision, at least in part. It's probably not the way I envisioned it, but it is time. I'm not quite sure how to wrap up 38 years, but above all else what I will remember is the people - both those I worked with every day, and those loyal readers who picked up the newspaper every day, or who now visit the website. Yes, that includes those legions who were critical of my work, and that of the newspaper. As I've written many times, that is the glory of… 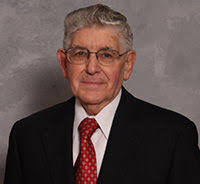 I could use many words for the people I have encountered in Delaware County political circles over the last nearly four decades. But there is only one word I would ever consider using about Tom Judge Sr. Gentleman. I wrote that back in 2009, when the longtime leader of the Delaware County Republican Party retired. Delaware County has lost one of its icons. Tom Judge Sr. passed away over the weekend. Judge led the party during much of its glory years, when the party ruled the county, routinely dominating local elections. A lot of people recoiled when I would refer to the local GOP as a 'machine,' but that's what it was. A very well-oiled, effective machine. At its heart was a simple, unassuming, decent man. Of course over the years we had occasion to share the room many times. Perhaps on election night, or during a special dinner. Inevitably, Judge would do several things that always stayed with me all these years. Inevitably, Judge would seek me out, not the other way aro… 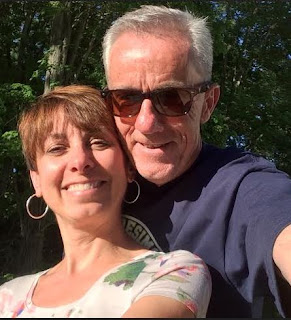 The last word: A letter from the editor('s wife)

I've always said I'm the second-best writer in the family. This proves it. If I was honest (yes, I can hear all the critics offering a firm thumb's up at that comment), I would admit I now might come in fourth, behind my bride, as well as my son and daughter. The one constant in these past 38 years has been my penchant for putting the Daily Times in front of everything, including my wife. No wonder she often referred to the Daily Times as my mistress. So today, my last day at the newspaper, I feel it only right to allow her to have the last word. Thus, this is a letter from the editor's wife: * * * There's a thin line between love and hate - that's what they say. And they would be right. At least, that's been my relationship with the Daily Times. You see, I'm the editor's wife. One one hand, I love it. It's given me a comfortable home, food on the table, great educations for our daughter and son ... and a chance for my husband to be something…